How to Bypass RAR Password to Open Encrypted RAR File

My RAR file is encrypted safely, but unfortunately I cannot open it now like other people who have no password, because I have forgotten RAR file password.

As is known, there are lots of third-party tools that can be used to recover RAR password. Now we will only introduce two ways that we all could use to recover encrypted RAR file password according to password features.

1. Enter commands in notepad and save notepad as bat file.
2. Double-click bat file to run it in command prompt.
3. Enter RAR file name and path.
4. Press Enter to recover RAR password with commands saved in bat file.
5. A period of time later, RAR password will be successfully cracked if it is numeric password.

You can see RAR password appearing in command prompt window if you can successfully recover RAR file password with commands in notepad. 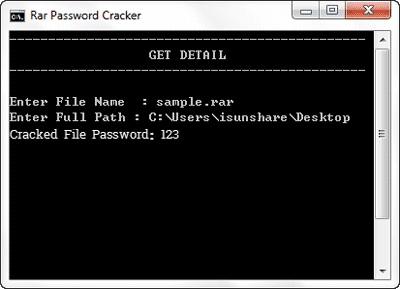 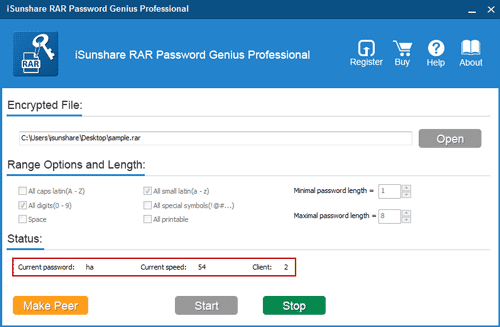 About how RAR Password Genius Standard and Professional recover RAR/WinRAR password, please the details in their user guides. 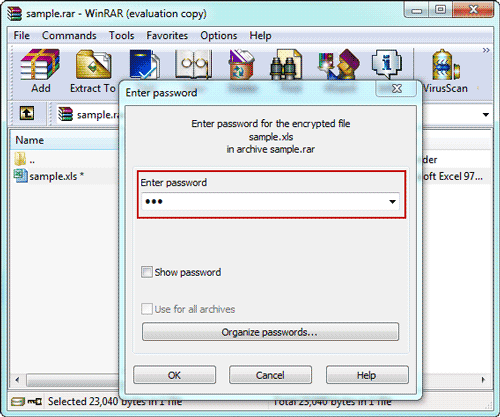 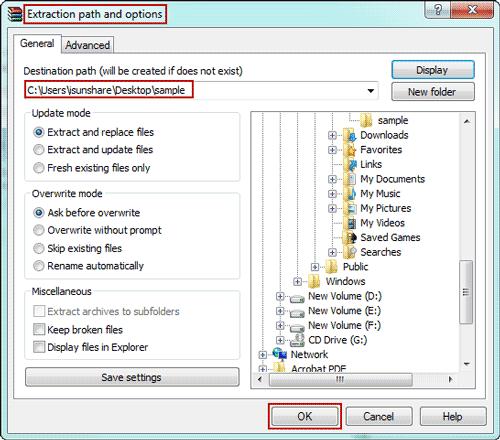 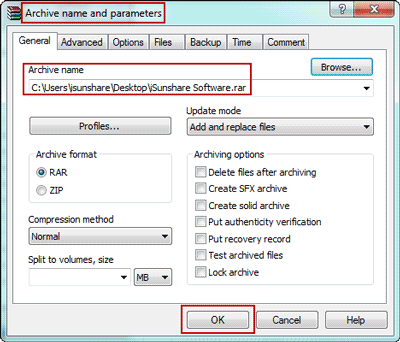 And then use new RAR file instead of original one from then on. It would like you have removed open password from encrypted RAR file.

Step 4: Save RAR File and Bypass Password to Open It

Save new RAR file you just created. From now on, you could bypass password to open RAR file and open or extract files in RAR archive.

Congratulations, if you have seen this sentence! Even though you cannot bypass RAR password to open archive in one step, you have gotten RAR password with above steps and could keep it in safe place. Therefore, once you forgot RAR password one day, you can find it to open encrypted RAR file instantly.